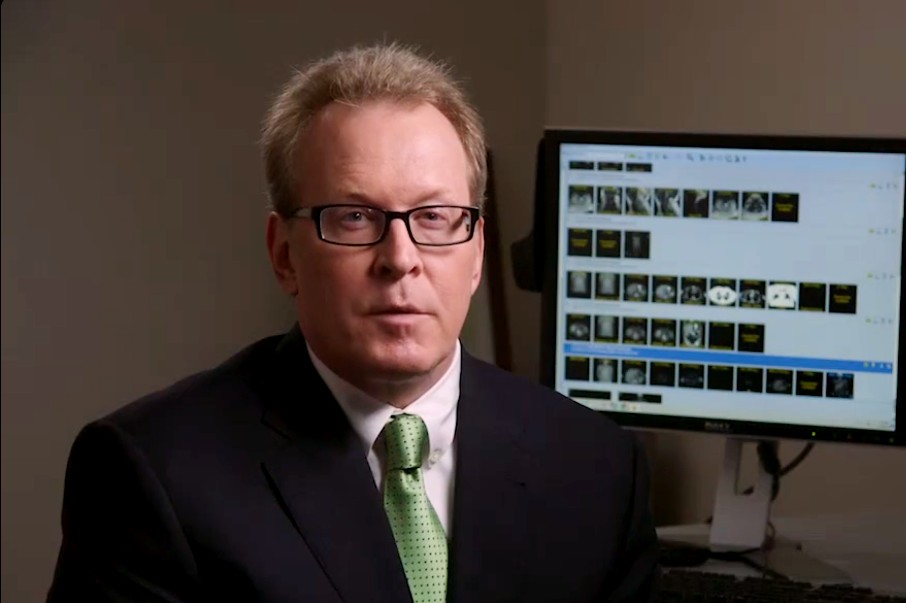 Dr. Randall Stenoien was born in the Midwest. During his senior year of high school, he moved to Norway as part of a foreign exchange program. He was fully immersed in their culture as well as language, and he is fluent in Norwegian, French, and Spanish. He was offered a soccer scholarship to play at Trinity University in San Antonio, Texas, but suffered a major neck injury while on the team.

With much more time to study on his hands, Dr. Stenoien decided to apply to medical school. He was offered acceptance into the University of Texas Health Science Center at San Antonio as a college sophomore, making him the youngest in his class. During his medical school training, he did a rotation in Norway and decided to pursue a career in Radiology. He completed a four-year Diagnostic Radiology residency at UT Southwestern in Dallas in 1988 and has been in private practice since that time.

Dr. Stenoien has been lovingly married to his wife, Robie, for 17 years and is the father of four children, all of whom he has coached in soccer. When not in the office, you will find him riding his bike, cheering on the Houston Dynamo, or watching his children compete in soccer or quiz bowl tournaments.

Dr. Randall Stenoien began his career with a large radiology group, but it quickly became clear that the emphasis was on productivity, income, and call coverage with little attention focused on the quality of the practice or the welfare of their patients. He decided to begin practicing on his own and soon met Dr. Marcos Calderon, the owner of HMI at the time, who asked him to join his staff. While Dr. Stenoien initially declined, Dr. Calderon once again approached him several months later and asked for his assistance with some procedures. He agreed to perform the procedures, which then led to him reading some CT scans as well as MRIs. Within a week, he was doing 90% of the reads and working very long shifts but intently enjoying the work. In 2005, Dr. Calderon asked if he would be interested in purchasing his ownership interest in HMI. Without any hesitation, Dr. Stenoien said yes as he had found an environment in which he really enjoyed practicing radiology.

Under Dr. Stenoien’s newfound leadership, HMI was able to overcome some of the challenges it was facing at that time and be transformed into a practice that was able to provide a better, more efficient delivery of patient care. For example, a stronger infrastructure was put into place that included the implementation of a PACS system and an established work flow. He was able to attract other like-minded radiologists who were more interested in quality over personal income, equal work, and vacation time. He was joined by the following Radiologists: Dr. Linda Chi-Ferson (neuroradiologist), Dr. John Pagani (body imager), Dr. Mona Bloom (body imager), Dr. Scott Staewen (musculoskeletal radiologist), and Dr. Linda Hankins (neuroradiologist), the majority of whom still work with him today. The hiring of these radiologists allowed for HMI to be able to take on a variety of cases and provide a high level of expertise to their referring physicians and their patients.

With the ever-changing imaging industry within healthcare, improvements and changes are needed frequently. HMI has the platform in place to handle the fast-paced nature of the business. Dr. Stenoien continues to invest in the latest technology. He also ensures that HMI is staffed with great radiologists, high-level management, an expert IT team, and technical staff which are able to offer a better patient experience. His focus is on providing the highest level of imaging to our referring physicians and compassionate care to our patients, which is the vision that continues to guide HMI today. We at HMI strive to provide great quality, value, and a patient experience while being a center of excellence that people think about first.